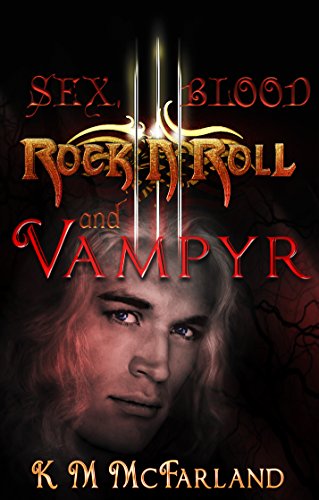 When West Side’s front man and lead singer, Quinn Forrester, mysteriously vanished in 1989 never to be heard from again, the band’s lead guitarist, Jeff West, suspected foul play. With no evidence, Jeff was never able to convince the authorities. What Jeff doesn’t know is that Quinn was turned into a vampire that night and lives in secret in the dark shadows of New Orleans.

Vampires don’t age as mortals do. Years later, Quinn stepped back into the public eye when he and his daughter, Nadia, formed a nightclub act called After Dark, so Quinn reinvented himself as his son.

Twenty-five years after the young singer’s unexplained disappearance, the opening of an art gallery brings Jeff West to New Orleans. A beautiful artist, Quinn’s lookalike son, a vampire tour, and a series of events send Jeff on the path to finally discovering the shocking truth about Quinn.