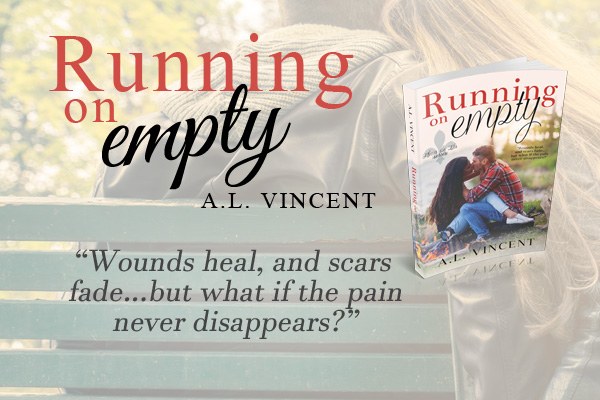 As a singer in a popular band, Grace Delchamp lives for the spotlight…

Her music and motorcycle are all she needs while doing what she loves most—performing. Her only problem is guitarist Brent Mouton, who can’t take no for an answer. After Grace rejects him one too many times, her life changes for the worse when she wakes up next to Brent with no memory of what happened the night before.

When everything is taken away from you in the blink of an eye, all you can do is start over…

Broken, Grace leaves her life in the spotlight behind and heads back home to Bon Chance, Louisiana. Deciding to dust off her degree and accept a job as a substitute teacher, Grace finds herself bonding with a group of rebellious and unruly students. What she didn’t count on, however, was running into her old high school friend, Gabriel Angelle.

When life gives you a second chance, you need to be strong enough to grab it…

Gabriel has always been crazy about Grace, yet the fear of losing her friendship kept him from confessing his true feelings. Now, years later and with newfound confidence, he

finally has the chance to go after what he has always wanted—her. After discovering the truth behind Grace’s panic attacks, Gabe is determined to do whatever it takes to help her recover.

Love can sometimes be found in the most unusual of places, but will Grace be brave enough to embrace it when she’s already running on empty…?

MEET THE AUTHOR: A.L. Vincent is a teacher/writer who lives in the heart of Cajun Country. Born in Oklahoma, A.L. became fascinated with South Louisiana after reading Interview With the Vampire. Finally, she became a Cajun transplant in 2001. When not getting lost in a story line, A.L. can be found cooking or enjoying live local music. A.L. has one son, and a furball of a dog aptly named Furby.

Running on Empty officially releases Tuesday! In this excerpt, Grace and Gabe take a trip away from Bon Chance, and visit Lafayette, La for Festival Acadiens. This festival celebrates local Cajun music, and is actually one of my favorite festivals. It was fun to write this scene, and I loved being able to share this event with my readers.

The sounds of the fiddle and accordion rang out from the multiple stages set up in the Lafayette park, and the spicy scents of Cajun cooking filled the air. Festival Acadiens was underway. Locals had set up colorful tents and canopies around the perimeter of the park, most sporting the red pepper Ragin’ Cajun mascot. They were an oasis to rest and cool off after spending hours of dancing and drinking in the hot October sun. Kids tossed footballs back and forth. Couples lay on blankets spread out on the grass.

Gabe snagged a music schedule and they found a place away from the crowd to look it over. Grace pointed out bands she wanted to see, and they put together a schedule for the day.

“Geno Delafosse plays in half an hour. You want to go ahead and go to that stage? I know he draws a crowd,” Gabe said.

As they approached the stage, Grace saw that Gabe had been right, there was already a small crowd beginning to gather. Some had already begun to dance to the music playing from the loudspeakers as the band set up.

“Want something to drink while we wait?” Gabe asked after they found a good spot off to the side of the stage.

“I would love something. How about a lemonade from one of those spots we passed earlier?”

“Sounds great. Wait here, and I’ll be right back.”

While she waited, she took in the sights and sounds.She didn’t go to Lafayette often, but always loved it when she visited. The people were friendly. They’d start talking to you in line at the grocery store, and before long, they knew where you were from, where you were going, and who your family was. Several people had already nodded to her in greeting as she stood there waiting for Gabe to return.

She tapped her feet to the lively beat, unable to resist. “Wanna dance, cher?” The guy standing in front of her appeared to be in his sixties, face leathery from sun. He wore a gimme hat from a local oilfield company. He was about a foot shorter than she was and absolutely precious. Grace nodded and took his hand.

Join author A.L. Vincent and six other authors for a Mardi Gras themed take-over on Sunday February 19th from noon until seven (CST). It’s a multi-genre event too, so there’s something in it for everyone one. Come on down and laissez les bon temp rouler (let the good times roll)!

Can’t wait to see you all there! 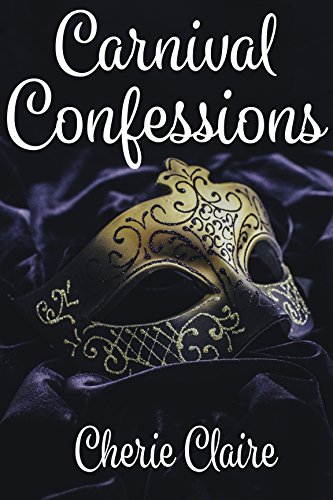 Attorney Cameron Reed is not too pleased to be paired off in a court case with Stephanie Bertrand, a New Orleans socialite whose privileged background is vastly different from Cameron’s bayou upbringing. But when Cameron overhears Stephanie’s boyfriend asking another woman out, he feels it his duty to tell her of her fiancé’s betrayal.

Wearing a mask and sneaking into a Mardi Gras ball, Cameron plans to inform Stephanie of her boyfriend’s tryst but never gets a chance. Instead, a tipsy Stephanie delivers a confession. Not only is she not dating the man in question, she is secretly enamored with Cameron. And because Cameron does not return the feelings, she plans to take a job in an Atlanta law firm.

Like the wild Mardi Gras festivities, Cameron’s world turns upside down at the news. But how can he make amends to the woman he nicknamed “Deb” for debutante, and convince her to remain in New Orleans — and hopefully in his arms.

When Cameron overhears Stephanie’s boyfriend ask another woman out, he feels he needs to let her know. He sneaks into a masked Mardi Gras ball that he knows Stephanie will be attending to tell her. What he doesn’t count on is Stephanie confessing to him that she has a thing for a co-worker. She’s attracted to Cameron! And she’s leaving New Orleans to take a job with another law firm. Cameron now has to figure out how to let her know that he also has feelings for her. Can he convince her to stay?

Carnival Confessions is a sweet and short Mardi Gras love story. Cheri Claire does a great job at capturing the essence of Carnival season. It’s very PG with no love scenes, and that’s okay with me. It’s a quick read of 7,500 words, its something you can pick up and finish in one day. I definitely recommend it to those who like books set in the south.

Music always plays a big role in my novels. It inspires scenes, lines, and even entire story lines sometimes. One day while I was driving, “Against All Odds” came on the radio and I got the chills. This was Grace and Gabe’s song. I knew I had to incorporate this song into my book. This excerpt is that scene. I’ve also included the YouTube link to the song for your listening pleasure. 🙂 Enjoy!

from Running on Empty

Back at the Redbird Inn, later that afternoon, Gabe slid the piano cover open and ran his fingers along the smooth, worn, black-and-white keys. He had learned how to play music here with Grams looking on and listening. He played a few notes to get a feel for the instrument again. As he played, his mind drifted back to high school when he and Grace would sit here practicing whatever song they were working on at the time.

Automatically, his fingers started playing the old Phil Collins song “Against All Odds.”

He sang softly as his fingers traveled over the keyboard. He had convinced her to sing the song as a duet for the prom, hoping she would see how badly he was crushing on her. But she never had. She had left for New Orleans soon after that to attend the University of New Orleans on a music scholarship. He and Bennett moved to Austin, where there were more opportunities for musicians trying to make it big.

He sang quietly, still playing the old song, hoping Grace would take a look at him now.

“You’re still hung up on Grace, aren’t you?” Glinda asked from the doorway.

Gabe stopped singing, but not playing, his fingers still as restless as his mind.

She smiled and came to sit beside him on the stool. “What are you going to do?”

“I don’t know. I saw her on the beach this morning while I was fishing.”

Gabe thought of the dark circles under Grace’s eyes. “I don’t know, Grandma. Something seems different.”

“Grace is a tough girl. She’ll make it through whatever it is. She does have that soft side though.”

“She is, Gabe. Look at her with Ryder, or Joey, or that crazy dog of hers. She doesn’t love easily, but she loves with all her heart when she does.”

He nodded and, suddenly feeling uncomfortable, was quiet.

“Gabriel?” Glinda asked, patting him on the knee. “Since you’re here, how about you help me out with some repairs around the place? A little hammering and nailing might be what you need to keep that mind of yours occupied. We can give Noah a little break.”

He smiled and mentally shook off the past. “Of course, Grams. Just let me know what you need.” He slid the piano cover shut and followed Glinda into the kitchen.